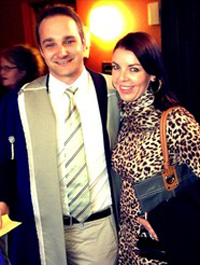 Dr Ferdi Marais was born and grew up in Somerset West and attended Somerset West Primary and Hottentots-Holland High School.
He got his MBChB at the University of Stellenbosch in 2004 where after he did his internship in Welkom and

his community service in Barberton. He worked at Rob Fereira Hospital in Nelspruit from 2007 as a medical officer in Urology until he started specialising in Urology at the University of Pretoria in 2008.

As a senior registrar in Urology he won the prize for the best research post graduate and at the Bi-annual SAUA Congress 2012 ,won the prize for the best talk by a registrar. He obtained the degrees FC Urol(SA) and MMed (Urol) (Pret) in 2013.
Soon after finishing he started in private practice at Life Little Company of Mary Hospital, Midstream Mediclinic and the Pretoria Urology Hospital. He also helped out as a sessional consultant at Steve Biko Academic Hospital in Pretoria. He closely worked next to Dr Frans van Wijk at the Pretoria Urology Hospital for 2 years developing skills in female prolapse surgery and male/female incontinence surgery.

His consultation rooms are at Busamed Paardevlei Hospital and at Oewerpark in Stellenbosch, he is also doing after hour calls at Vergelegen and Stellenbosch MediClinic. He is also doing sessions at Helderberg Hospital(government facility).

His special interest are stone disease, uro-gynaecology and male/female incontinence.

WHAT IS AN UROLOGIST?

It is a medical doctor who specialised in the medical and surgical treatment of the kidneys,  urethers, bladder and urethra as well as the male genetalia and prostate.

WHAT SYMPTOMS WILL A PATIENT WITH PROSTATE CANCER PRESENT?

Early prostate cancer is mostly asymptomatic.Thats why its important to go for regular prostate examinations.

Urinary symptoms include struggling to urinate or having to go more frequently during the day or night.Pain with urination is also possible.

WHEN AND HOW REGULAR SHOULD YOU EXAMINE YOUR PROSTATE?

There is no consensus on how regular you should be examined ,by I suggest to start at the age of 40. The amount of exams between 40 and 50 will be determined by your initial PSA and exam.From the age of 50 you should be seen bi-annually until the age of 75 to 15 years life expectancy.

HOW WOULD A PATIENT WITH LOW TESTOSTERONE PRESENT?

Most people think that low testosterone will only influence your erectile function and libido but testosterone affects most organ systems in the body.

Depression, loss of drive and tiredness is very common.Hot flushes similar to menopause in females may also occur.Loss of muscle/bone mass  and increased abdominal fat is mostly present.

WHAT UROLOGICAL PROBLEMS ARE SEEN IN YOUR YOUNGER PATIENTS?

Then also problems with the foreskin especially the inability to draw it back.

Urologists also play a role in birth control when a couple is finished with there family and in need for a ,more permanent type of contraception.

HOW WOULD A PATIENT WITH TESTIS CANCER PRESENT?

Mostly with a painless, hard mass in the scrotum .

If the diagnosis is delayed the patient can present with symptoms of metastatic disease  for example cough/ bone pain.

HOW CAN YOU PREVENT TESTIS CANCER?

If testis cancer is picked up early   treatment is very successful and most patients are cured.That is why its is very important for boys to regularly examine their own scrotum and if anything abnormal is noticed, to immediately contact their doctor.

HOW DOES A UROLOGIST PLAY A ROLE WITH CONTRACEPTION?

If a couple have decided they want a more permanent type of contraception we can offer them a vasectomy. It involves  a small operation where the sperm ducst(vas deferents) are disconnectedIts done as day procedure and most men are back at work he next day.It is one of the safest, most affordable ways of contraception.

WHAT IS THE MOST COMMON REASONS A FEMALE WILL VISIT A UROLOGIST?

Recurrent urinary tract infections is very common in females and most need a work up by a urologist.

Incontinence or leakage of urine is also seen daily in a urology practice.

WHAT SYMPTOMS WOULD ONE EXPECT WITH A URINAY TRACT INFECTION?

Burning at urination, pain over the lower abdomen, as well frequency of urination and having to stand up many times at night to urinate This can be accompanied by fever and general feeling of being unwell. Urine can also have a funny smell, cloudy in colour or blood can be seen in your urine.

WHAT SHOULD I DO IF I HAVE THIS SYMPTOMS?

Your general practitioner should be able to treat most bladder infections but if he/she is unsure about he diagnosis, you are not responding to treatment or have more than 2 infections in 6 months you should consult a urologist.

WHAT CAN BE DONE FOR ME IF I AM LEAKING URINE?

There is a lot of different reasons for leaking urine and each cause has its own treatment. That can range from lifestyle changes, physiotherapy, medication to surgery. You will need to be thoroughly evaluated by a urologist find the reason and then treatment can be instituted.

WHY DO PEOPLE FORM KIDNEY STONES?

It’s a very complex reaction where the solutes in your urine crystallise. This can be caused by either to much solutes or to little H2O in your urine as well as stasis of urine and decreased amount of stone inhibitors.

WHY ARE SOME PATIENTS ALLOWED TO PASS THERE STONES AND OTHERS NEED SURGERY?

The size, density and the position of the stone in the urether or the kidney plays a role.

We also take patient factors into consideration. Diabetics, patients wills single kidneys and bilateral stones or patients with infection are not candidates for conservative management.

DO THEY HAVE TO CUT ME OPEN TO REMOVE A KIDNEY STONE?

Most stones can either be broken up from the outside with shockwaves and will then pass spontaneously or can be managed by inserting a camera through the urethra and bladder into the urether and the kidney and then be removed with a basket and laser.

HOW CAN YOU PREVENT FORMING STONES?

Fluid especially water to form 2l of urine a day. Water the best but carbonated water or orange/lemon juice have added advantage of citrate that inhibits stone formation

WHAT IS THE MOST COMMON REASON AN OLDER MEN WILL SEE AN UROLOGIST?

Disease of the prostate of which prostate cancer and enlarged prostates are common.

Please feel free to contact us for any enquiry.